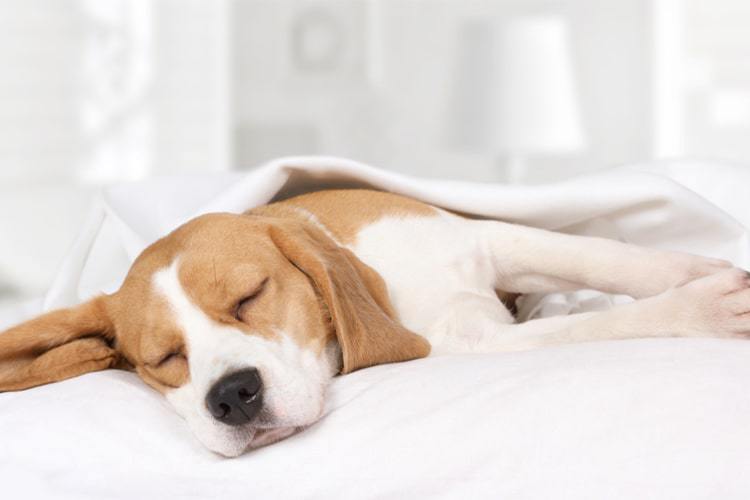 With approximately 20% of adults in the Western world being sleep deprived (Stranges, et. al, 2012), melatonin supplements have grown in popularity. Some folks find it helps them get a good night’s sleep without harsh side effects. Pet owners have experimented with it to treat their pets, too. But is melatonin safe for dogs?

Melatonin is a hormone produced by the pineal gland in the brain of animals (and humans). It’s involved in the neuroendocrine control of the the sleep cycle and hair shedding/growth in dogs. Melatonin supplements contain a synthetic form of the hormone and are available without a prescription in the United States.

Melatonin use in dogs has not been studied extensively. Major side effects are rare but melatonin is a hormone and should be used with care. It can have effects on other hormones, including thyroid and sex hormones (Ashley, et. al, 1999). Dogs seem to require high dosages to see any effect so it wouldn’t be surprising if other systems were affected with long-term use. 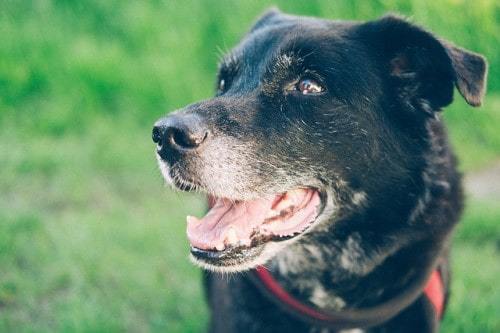 Potential Uses of Melatonin in Dogs

Internet sources promote the use of melatonin on its own or combined with other calming vitamins, minerals, and herbs. It may help dogs with thunderstorm phobia, general anxiety, and night walking behavior. At least one study showed a reduction in anxiety-induced behavior in rats (Spasojevic, et. al, 2016). Melatonin has the potential to help dogs with mild anxiety but is probably not strong enough to treat severe anxiety.

Alopecia X is a poorly understood disease in which dogs lose hair due to unknown causes. It occurs most frequently in double-coated breeds like Pomeranians and Huskies. Dogs normally shed and regrow hair with the change of seasons. Dogs with Alopecia X may shed hair, but fail to regrow it as they should.

In one study, melatonin supplementation led to the regrowth of hair in 18 of 29 dogs with hair cycle abnormalities (Frank, et al., 2004). Unfortunately, hair regrowth seen with the use of melatonin is not permanent and symptoms return after some time (Frank, 2005).

Possible Adverse Effects of Melatonin Use in Dogs

Veterinarians have prescribed melatonin for use in dogs over the last couple of decades. Based on anecdotal reports, significant side effects are rare (Plumb, 2015). Humans taking melatonin report the following side effects which could potentially affect dogs.

Use extreme caution if your dog has kidney or liver problems. Don’t give melatonin if your dog is taking other medications without first consulting your veterinarian.

How to Use Melatonin in Dogs

The recommended dosing range of melatonin for dogs is 3 to 12 mg by mouth (depending on the dog’s size) every 8 to 12 hours. Dogs can take melatonin long-term, but if you don’t see improvement after a few months, stop using it.

Any oral medication or supplement can cause digestive upset. If your dog develops vomiting, diarrhea or a decreased appetite, stop using the supplement. See your veterinarian for help if symptoms are severe or don’t improve within 24 hours.

If your dog has anxiety, you might want to try a combination product containing L-Theanine, kava-kava, chamomile, passion flower, ginger, vitamin B1, and/or colostrum in addition to melatonin. The addition of herbs, amino acids and vitamins should provide an enhanced calming effect.

For dogs with hair cycle abnormalities, use a melatonin-only supplement. You can try the tablet or liquid form made for humans. If your dog hates taking medicine, try a chewable melatonin supplement made just for dogs.

Melatonin is an over the counter supplement promoted to treat anxiety, sleeplessness, Cushing’s disease, and hair cycle abnormalities in dogs. It is unlikely to cause severe side effects when used at the usual dosages. The effectiveness of melatonin is probably overestimated in popular media, but it might be worth a try for anxiety, hair cycle abnomalities, and Cushing’s disease symptoms in dogs. 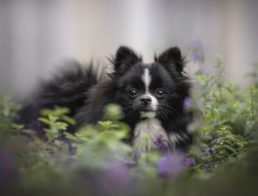 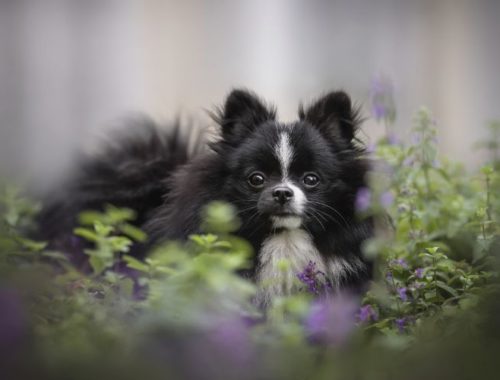 Catnip for Dogs: Is it safe?

Cats have all the fun! IfRead Article 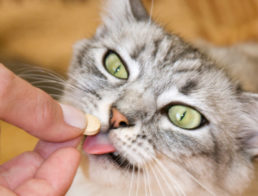 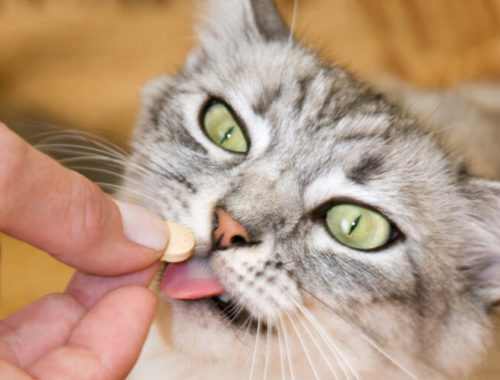 The Best Glucosamine for Cats 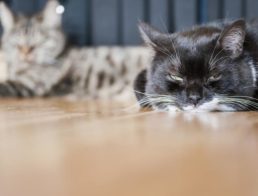 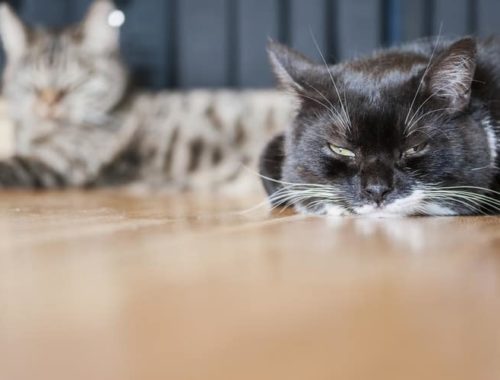 Is your cat acting out orRead Article 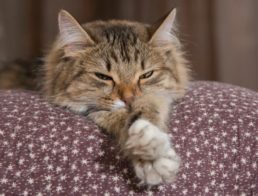 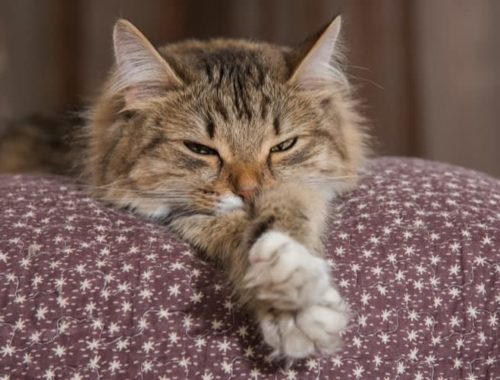 If you are struggling with theRead Article 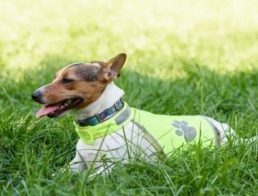 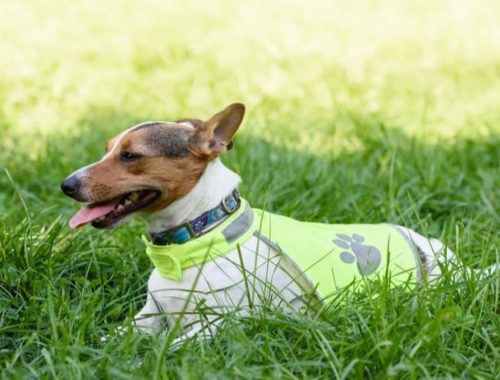 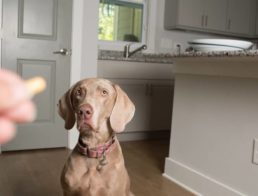 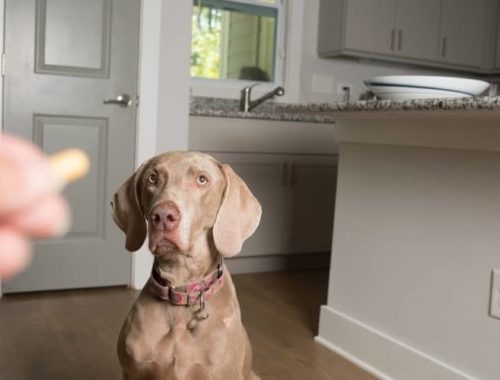 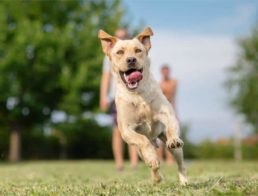 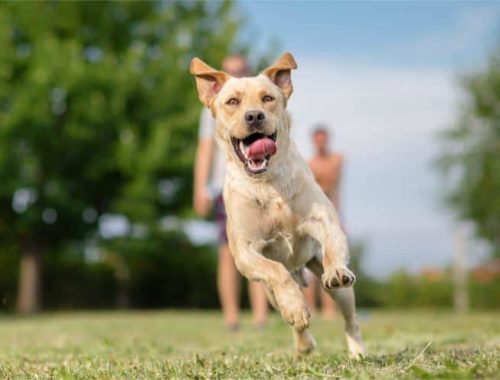 When the microbes in your dog’sRead Article 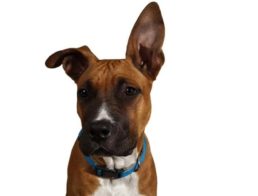 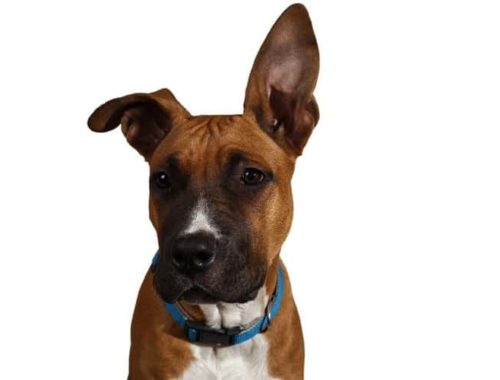