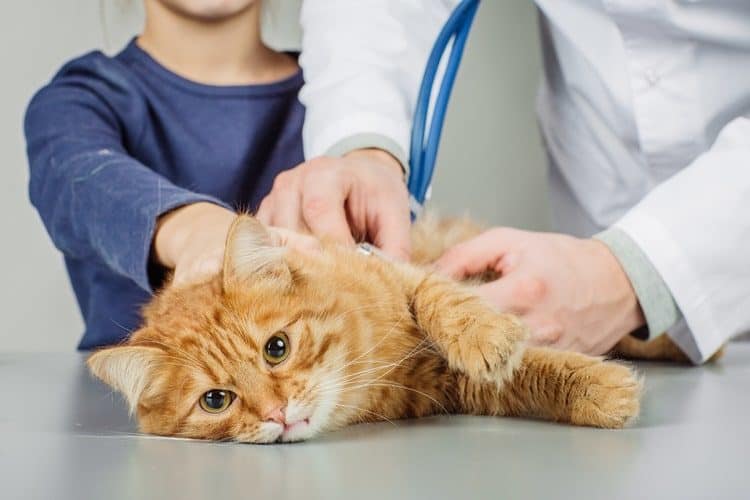 When you’re cuddling with your cat, you expect to feel soft, smooth fur, not lumps and bumps! It’s alarming to feel unidentified bumps under your cat’s skin. If you’ve been told by your vet your cat has a sebaceous cyst, you may still be a bit confused about what it is and how to treat a sebaceous cyst on a cat.

What Is a Sebaceous Cyst?

Such a strange term, sebaceous cyst. What does it mean? Let’s break it down.

The word sebaceous is based on the term “sebum.” Sebum is a thick, oily substance produced by tiny glands within the skin to keep it lubricated and moist.

A “cyst” is any non-cancerous dilation of a previously normal structure that forms a small sac filled with various products from the body. That’s where the name “sebaceous cyst” comes from: it is a sac or cyst filled with sebum.

Although most cat owners and veterinarians called these sebum-filled sacs sebaceous cysts, a more accurate term is sebaceous adenoma or follicular cyst. But that’s more detail than you need to know in most cases.

Sebaceous cysts usually don’t cause any problems unless they are traumatized. Cysts on high-pressure areas of the body like the elbow experience constant trauma. Excessive licking or chewing of a cyst will also cause it to become inflamed.

What Does a Sebaceous Cyst on a Cat Look Like?

Sebaceous cysts on cats appear as single or multiple nodules in or under the skin. They’re most common on the head, body, and upper legs but they can occur anywhere.

Most cysts appear suddenly and don’t change much over time. Sebaceous cysts occasionally break open and ooze a waxy, material that may be light tan to black in color. This sebaceous material looks kind of like cottage cheese and often has a small amount of blood mixed in.

Occasionally, a sebaceous cyst can become inflamed after being traumatized. The skin around the nodule will appear red and may be painful.

It’s impossible to tell if a nodule is a sebaceous cyst for sure just by looking at it. And since any nodule may be benign or cancerous, the best way to diagnose a sebaceous cyst is with a needle aspirate or a surgical biopsy.

Your veterinarian can do a needle aspirate by poking a small needle into the cyst to collect a sample to be examined microscopically. It’s possible to diagnose many sebaceous cysts this way without the use of anesthesia.

Causes of Sebaceous Cysts in Cats

Pressure points on the body, such as the elbow, sometimes form cysts in response to repeated trauma.

Should You Try to Drain a Sebaceous Cyst on a Cat?

If a cyst breaks open on its own, it’s generally safe to wipe away any material that oozes out with mild soap and water on a soft cloth. If the area is inflamed or painful, seek help from your veterinarian.

Veterinarians will sometimes lance and drain inflamed cysts, but they usually also prescribe a medication to help control the inflammation. Once an inflamed cyst heals, it will fill up with sebaceous material again eventually, so lancing and draining is rarely a cure for cysts.

Treatment of Sebaceous Cysts in Cats

Aside from surgically removing a sebaceous cyst, there is no definitive treatment.

It may be helpful to bathe the cat with a medicated shampoo containing benzoyl peroxide or salicylic acid to keep skin follicles from collecting oil. Benzoyl peroxide can be too drying for some animals causing redness and dry skin, so watch out for this and dilute the shampoo or discontinue its use if it occurs.

The prognosis for sebaceous cysts is good since they are a benign type of tumor. They are not expected to spread to other parts of the body or grow at a rapid rate. Monitor sebaceous cysts for changes in size, shape, and texture at least once a week and have the cat examined by a vet if you notice these changes.

Disclaimer: Content is for informational and educational use only and should not replace professional veterinary advice. 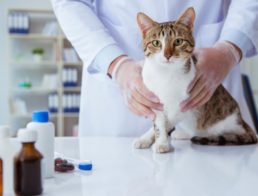 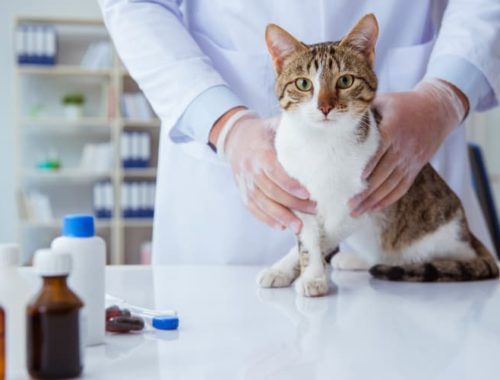 How Do I Treat Ringworm in My Cat?

Of all our pets, cats areRead Article 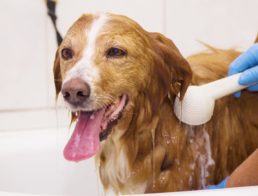 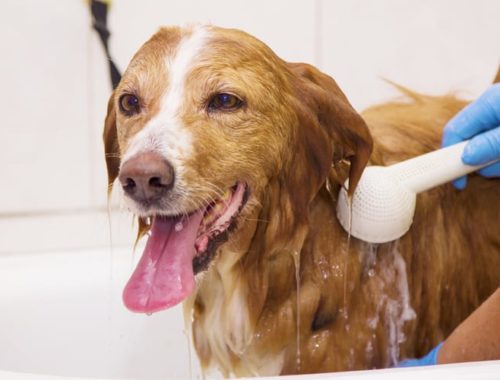 How Do I Treat Ringworm in My Dog? 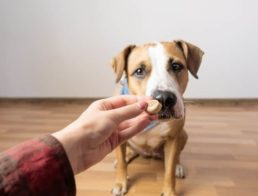 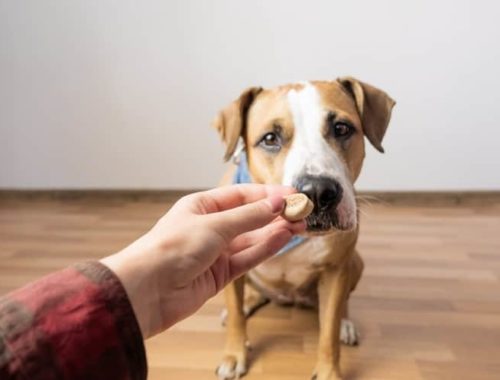 My Dog Has Hypothyroidism and Itchy Skin. What Can I Do?

Question: Why do my cats haveRead Article 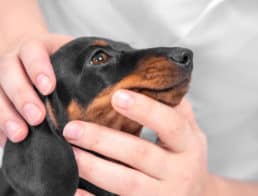 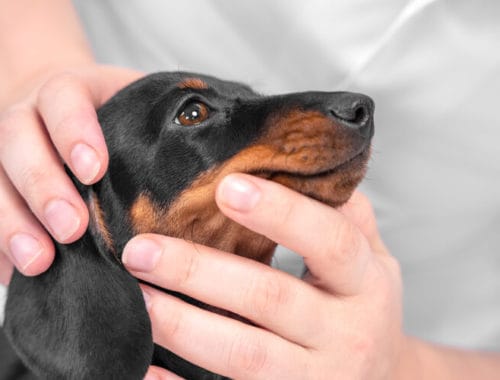 How to Treat My Dog’s Recurring Skin Staph Infections

Question: How Can I Help MyRead Article 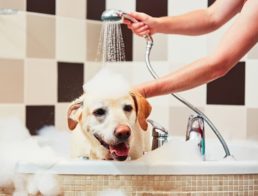 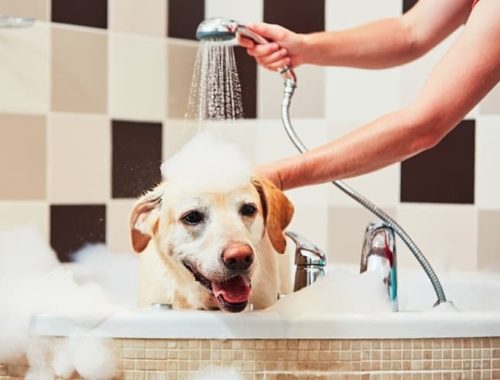 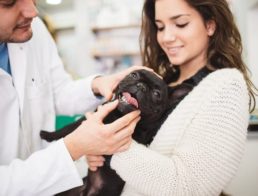 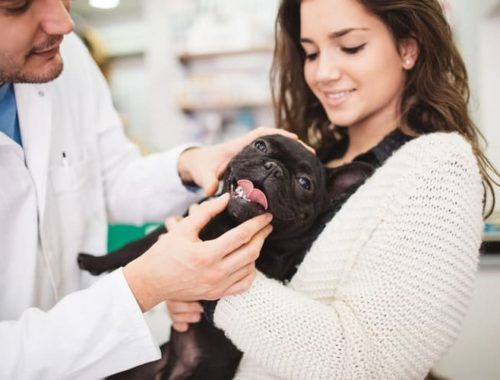 How to Remove Warts on Dogs

Most of my clients are somewhereRead Article

What are These Round Red Spots on My Dog’s Belly?

Question: What are These Red Spots onRead Article 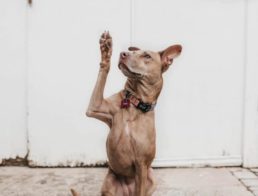 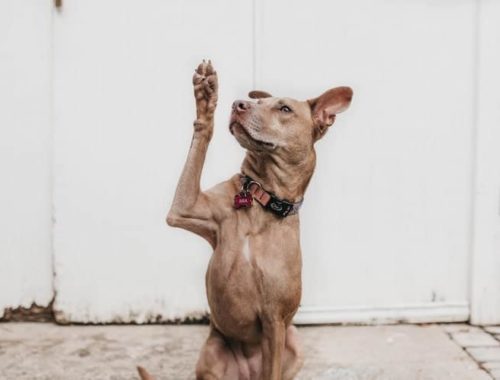 How To Prevent Cracked Paws All Year Long

We may not think about theRead Article 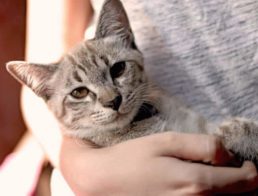 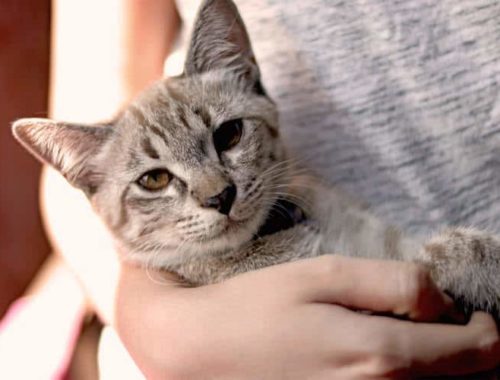 How to Get Rid of Dry Skin on Cats?

While dryness may not seem likeRead Article 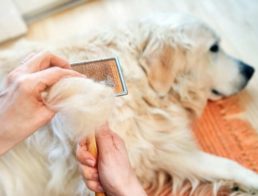 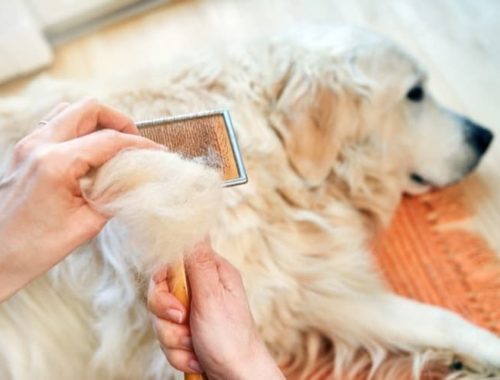 How to De-Shed a Dog