Pets may be airlines’ most controversial passengers. In 2017, the use of emotional support animals on planes surged by 74 percent, causing uproar across the air travel industry. Horror stories of badly behaved animals abound, and some experts question the clinical necessity of flying with a pet companion for emotional support.

Yet, owners may have good reason to keep their pets in the cabin by any means necessary. Every year, dozens of animals die or sustain injuries while flying in cargo holds or overhead compartments. Is flying alongside your pet indulgent or the only way to ensure they arrive safely? Should other passengers make compromises so that pets can stay with their owners on board?

We decided to explore the public’s attitudes regarding air travel with animals, surveying nearly 1,000 individuals about the ethics and etiquette of flying with pets. Are pet owners comfortable placing their furry friends in cargo? Which animal behaviors tend to offend fellow passengers most? Which pets should be permitted on board or excluded from air travel entirely? For answers to these questions and many more, keep reading.

Our research indicates that 24 animals perished in the cargo holds of planes in 2017. While these tragic outcomes are relatively rare, they seem to figure prominently in the minds of concerned pet parents. Merely 28 percent of cat owners and 27 percent of dog owners felt their pets would be safe in the cargo hold. Animal safety experts note that extreme temperatures and insufficient ventilation are top causes of pet injuries in cargo areas, although rough treatment by baggage handlers can also prove deadly.

For animals traveling in the cabin, FAA regulations require the use of pet carriers that can be stowed beneath passenger seats. While 81 percent of cat owners felt safe with this arrangement, just 61 percent of dog owners said the same. In fact, respondents with dogs were slightly more likely to feel comfortable with their pooches in their laps. Unlike regular pets, service and emotional dogs are permitted this privilege: Canines in these categories can perch on their owners’ laps or in the space in front of their seats.

Motives for Making the Trip

Some critics have rallied against the rise of pets on planes, blaming self-indulgent owners for bringing animals aboard unnecessarily. Indeed, for 24 percent of cat owners and 26 percent of dog owners, bringing their pet along was simply a matter of preference. Yet, for owners of dogs and cats alike, the most common reason for bringing their pets on planes was a permanent move. Similarly, about 1 in 5 dog and cat owners said they were traveling for an extended period, presumably too long to leave their pet behind with a friend or sitter. These motives seem to reflect practical necessities, rather than a frivolous desire for constant pet companionship.

Of those who had flown with pets, 7 in 10 said they’d do so again. Unfortunately, 22 percent reported difficulty making arrangements with the airline in question – perhaps because each air carrier has its own complex processes and regulations related to pet passengers. Among owners of both cats and dogs, rates of satisfaction were far higher for those whose pets rode in the cabin. Aside from the obvious fears about animal safety, transporting pets in the cargo hold can be a logistical nightmare: In some cases, owners must contend with extensive and evolving rules pertaining to flight schedules, destinations, and breed restrictions.

Most pet parents were only comfortable bringing their animals along for flights lasting five hours or less. This perspective likely reflects veterinarians’ recommendations against sedating pets on planes: When animals are conscious during the entirety of their trip, limited flight times seem especially prudent. Another 14 percent of cat owners and 15 percent of dog owners said they would never take their pets on flights of any length. This perspective resonates with the stance of animal advocacy organizations, which view plane travel as a last resort for transporting pets.

Which species should be accommodated by airlines, and which are too odd or exotic for commercial flights? Most respondents were approving of dogs on planes, either as service animals or simply as pets. Cats were received somewhat less warmly, although 54 percent did think felines should be permitted on board in a service capacity. Beyond these familiar domestic animals, however, our respondents were far less tolerant. Fewer than 32 percent of respondents approved of rabbits (as service animals or otherwise), and all other animal types fared even worse.

These sentiments may reflect recent incidents regarding exotic sources of emotional support: In 2018, a woman attempted to bring a peacock aboard her United Airlines flight. Some airlines, such as Southwest, have taken a proactive approach, limiting emotional support pets to dogs, cats, and miniature horses. The ADA is responsible for the inclusion of mini horses on that list. The law specifically sanctions them as viable service animals. Merely 9.4 percent of respondents agreed that they should be allowed on planes in this capacity.

Regarding attitudes about pet air travel, do pet owners differ from those without animals at home? Generally speaking, pet owners were less concerned about various problems that an animal might cause in the cabin. That’s not to say pet parents were entirely oblivious to these issues; nearly half of owners were concerned about pet noise, for example. But among people without pets, more than 6 in 10 reported concerns that animal sounds and smells would negatively impact their flights. Likewise, more than 50 percent voiced worries about allergies and passenger safety with pets on the plane, something car rental companies take into considering when allowing pets in rental cars or not.

Whatever their concerns about these potential issues, the vast majority of respondents felt comfortable with certain categories of animals on board. Ninety-two percent were comfortable with service or support dogs, and 87 percent were accepting of dogs small enough to fit in a carrier beneath the seat. Two-thirds of respondents even felt comfortable with large dogs that sit on the cabin floor – despite some unfortunate recent headlines involving such arrangements. In 2017, a large emotional support dog mauled a Delta passenger sitting nearby, causing the airline to enact more restrictive policies.

Our results reaffirm the difficult decision many pet owners face: When an animal must travel, is avoiding the cargo hold worth potentially annoying other passengers? Opinions vary substantially on this subject, with many respondents voicing reasonable concerns related to noise and the safety of fellow travelers. Yet, perhaps the most important perspective is that of the pet in question. Travel of any kind can prove stressful for domestic animals, and plane rides can be especially taxing. If you’re weighing whether a pet should join you on your flight, ask yourself whether your furry friend might be happier staying home. If so, we bet they’ll be overjoyed when you return.

As this project makes abundantly clear, making good decisions on behalf of your pet can get complicated. From choosing high-quality products to implementing training techniques, every pet owner could use an expert opinion on occasion. Pet Life Today offers practical guidance on every aspect of pet parenthood, so you’re never unsure how to help your pet thrive. Explore our articles and resources today to see how we take the guesswork out of doing what’s best for your pet.

For this study, we surveyed 983 people who traveled by airplane in the last year. 267 people did not own cats or dogs, 211 owned cats, 294 owned dogs, and 211 owned both dogs and cats. Respondents ranged in age from 18 to 73 with an average of 35.9 and a standard deviation of 11.1. The survey was conducted using Amazon’s Mechanical Turk.

For this survey, we asked respondents to answer questions with just one of their dogs and/or cats in mind.

This survey is based largely on self-reported data, which has a few inherent weaknesses. These include respondents’ poor memories, incorrect recollections, and exaggerations, among others. These findings are based on means, and others should investigate this topic further.

Additionally, respondents were not told which animals are allowed to fly on commercial planes by law and airline regulations, so their answers may have changed with full awareness of what types of animals are cleared to fly.

Findings were neither weighted nor statistically tested.

Not every pet enjoys long-distance journeys, but we hope this pet project of ours travels far and wide across the web. Help us spread our findings by sharing this content for any noncommercial purpose. If you do, please link back to this page to credit the authors for their work. 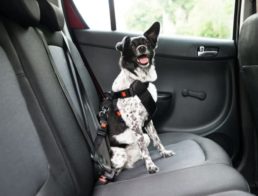 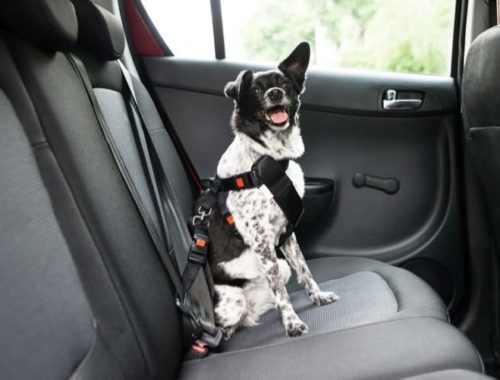 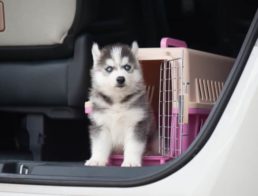 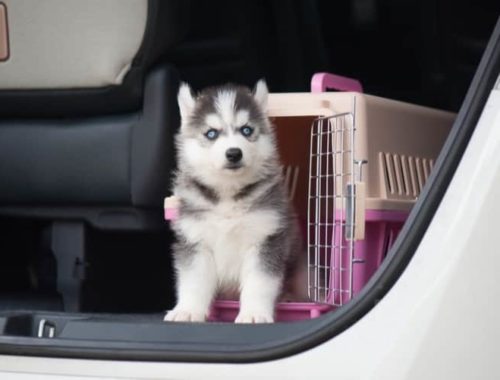 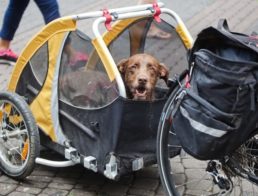 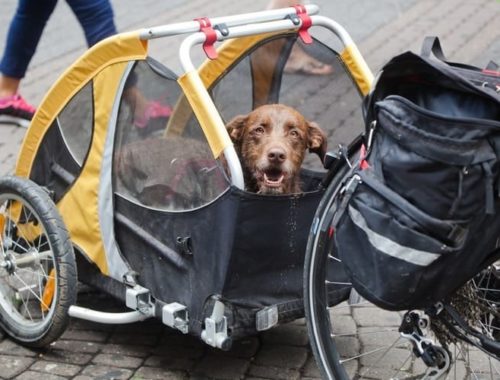 If you are a dog ownerRead Article 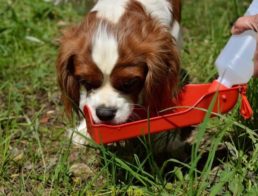 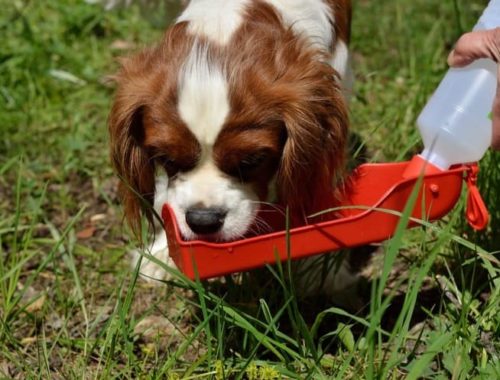 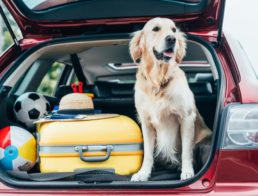 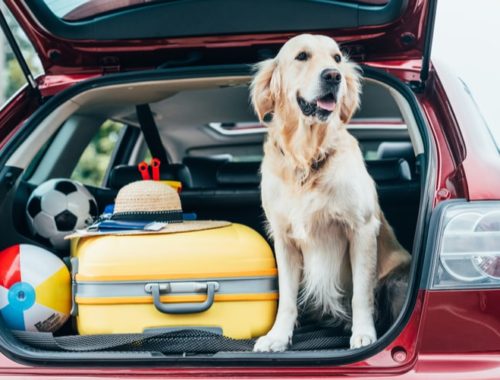 How to Travel with a Dog 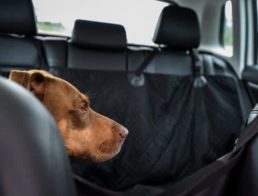 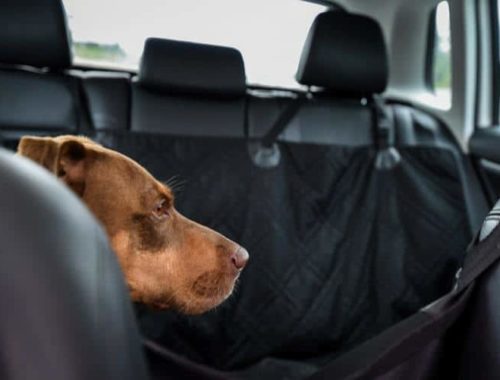 The bane of our existence asRead Article 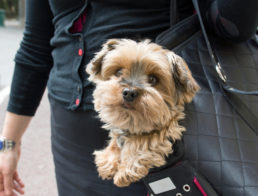 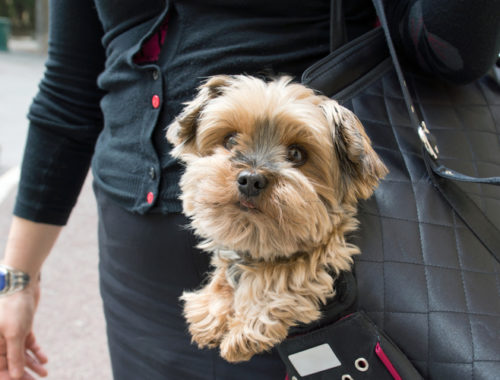 Pets are more than a furryRead Article 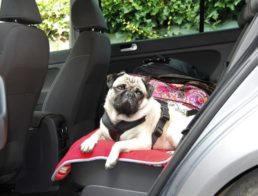 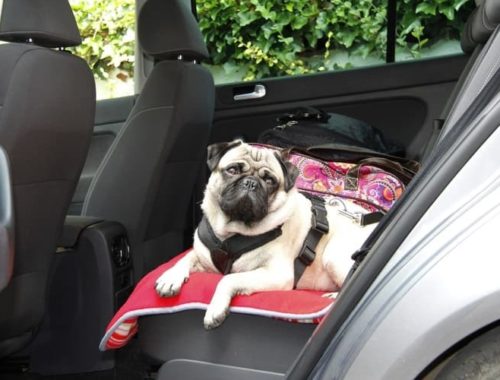 We all love to take ourRead Article

Are you a dog owner andRead Article 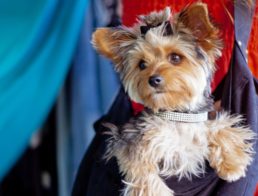 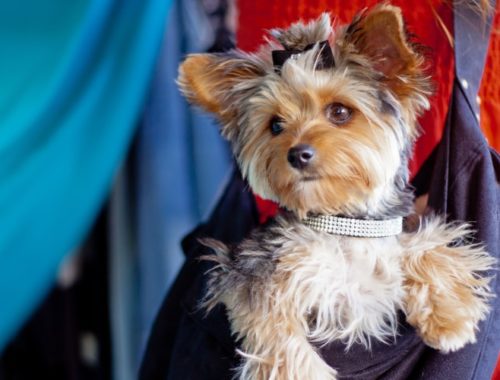 As a dog owner, you probablyRead Article