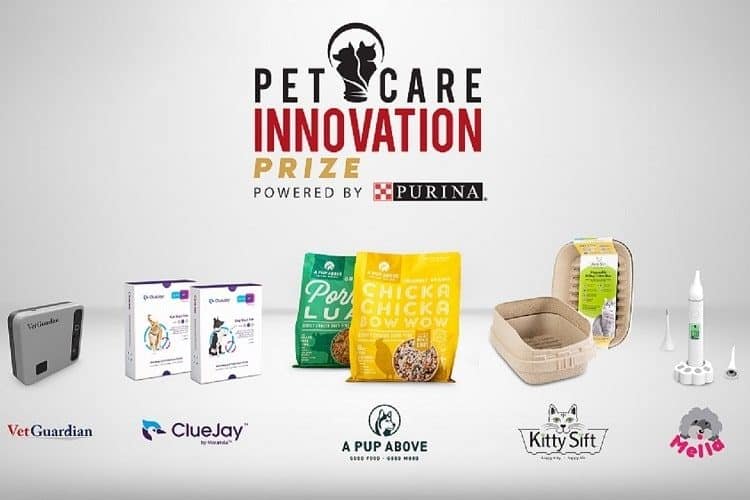 The pet care industry is growing quickly, and innovators and investors alike are taking full advantage of the increasing interest in pet care products and services. In an attempt to help boost new startups, Purina has awarded $50,000 to a handful of just-getting-started pet care companies as part of its annual Pet Care Innovation Prize, according to the recent press release. More than 100 pet companies from 43 U.S. cities applied for the prize.

Purina, the pet food, treat, and litter company, supports many other pet-related organizations and has given millions to various pet care startups over the last five years.

“Purina is committed to supporting early stage pet care startups,” said Blair Morgan, co-lead of Purina’s 9 Square Ventures group, and vice president, strategy and innovation for Purina, according to the press release. “Our culture thrives on collaboration and mentorship, and by extending that outside of our walls to startups who share our passion for enriching the lives of pets, we are able to both help and be inspired by a new generation of entrepreneurs.” 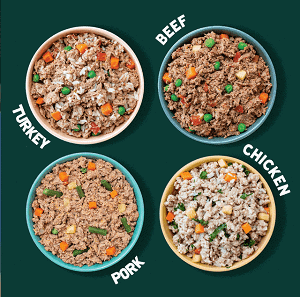 Photo Courtesy: A Pup Above

The five winning finalists of this year’s innovation prize are now in the running for the grand prize, which will be announced in March. The grand prize winner will receive an additional $10,000 in cash, and a chance to collaborate on a project with Purina.

Two of the five finalists have also been recognized globally for advancements in remote health monitoring and health diagnostics. Winning Best in Show at the December 2020 Pet Care Innovation Global Summit, a virtual showcase of innovative pet care brands, ClueJay and VetGuardian were chosen to receive the honor, along with 13 other innovative pet care companies.

VetGuardian is a remote, health-monitoring system that allows veterinarians to conveniently keep tabs on a patient’s vital signs without the hassle and stress of hooking animals up to numerous wires or equipment. Using a radar-based technology, VetGuardian monitors heart rate, respiration, and body temperature without disturbing the animal. 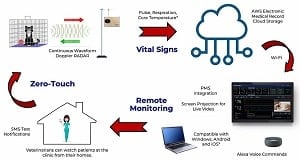 “The biggest pain point for any vet is to monitor the animals,” said Vik Ramprakash, founder of Structured Monitoring Products (SMP) – makers of VetGuardian, according to Lorain County Community College. “So we developed a system that is completely wireless, lessening that burden.”

Also showcased, in the U.S. and globally, was ClueJay, a pet care company that gives pet owners the opportunity to do at-home testing, with access to veterinary-accepted lab results online, foregoing a trip to the vet. ClueJay provides pet owners the chance to mail in a sample of their pet’s stool to test for intestinal parasites.

The other pet care startups awarded by Purina included 100-percent, post-consumer, recycled kitty litter boxes and liners, the first smart thermometer that reads the pet’s body temperature from under the foreleg, and fresh dog food made sous-vide style. 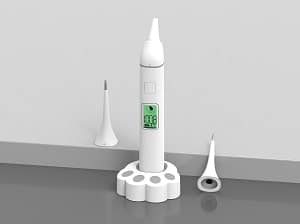 Whether it’s fresh ways to feed pets or creative ways to keep them busy and entertained, pet owners are going all-out when it comes to pampering their pets. The U.S. pet industry has seen, and continues to see, promising growth and demand. Pet food was the highest selling market in 2019, with just under $37 billion in revenue. Veterinarian care was the second-highest selling market, with just under $30 billion in sales. Other pet care sales reached almost $30 billion as well.

The market for pet treats has also grown, hitting roughly $6 billion in 2019. Even Ben & Jerry’s, a large Vermont ice cream company, has jumped on-board the pet treat business, having recently introduced its Doggie Desserts line of dog-safe ice cream. According to the American Pet Products Association, it was estimated that pet owners in the U.S. would spend nearly $100 billion on their pets in 2020. 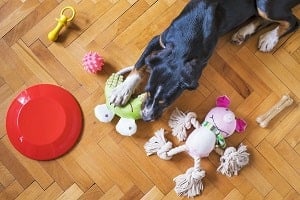 Joining the booming pet industry are other innovative pet companies, such as FitBark, DOGTV, and Pet Chatz, that are using advanced technology or health care to keep pets in better health. And at the 2021 Consumers Electronics Show, a furry, artificially-intelligent pet robot named MOFLIN won the “Best Innovation” award.