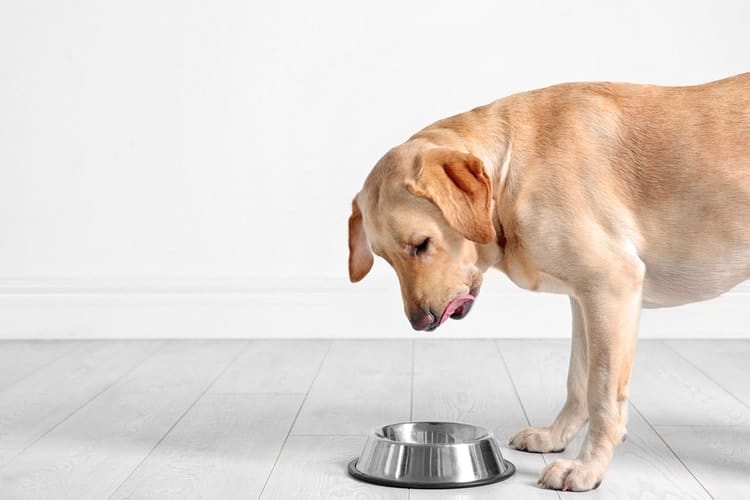 If your vet has mentioned to you that your pup has a few pounds to lose, you may be surprised. After all, your dog does not need to bend to unrealistic social standards, does he? He’s adorable the way he is! Except adorable doesn’t equal healthy and if your vet thought it worth mentioning, you should take a look at ways to make your beloved pooch healthier. Healthier dogs live longer, and you definitely want your pup to be with you for a long time to come.

If you find yourself lost on exactly how to get those extra pounds off, though; don’t stress! Below we’ve listed the best ways for you to put your dog on a safe and healthy diet.

1. Transition to a Healthier Food 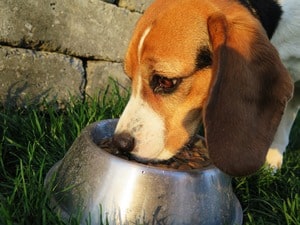 First thing’s first: you’ll want to find a dog food that’s healthy. If you just want to make sure he’s getting a high-quality food, you can check out our list of the Best Organic and Natural Foods for some ideas. Even if you’ve already found a high-quality food though, you may still want to look again to see how much fat is really in the food. You’ll want to try to find a dog food that doesn’t list a starch high on the ingredient list (if at all), and although meat is very likely the number one ingredient, vegetables should be high up on that list, too. You can talk to your vet about a prescription option, or you can buy a great over the counter dog food or nutritious canned dog food. 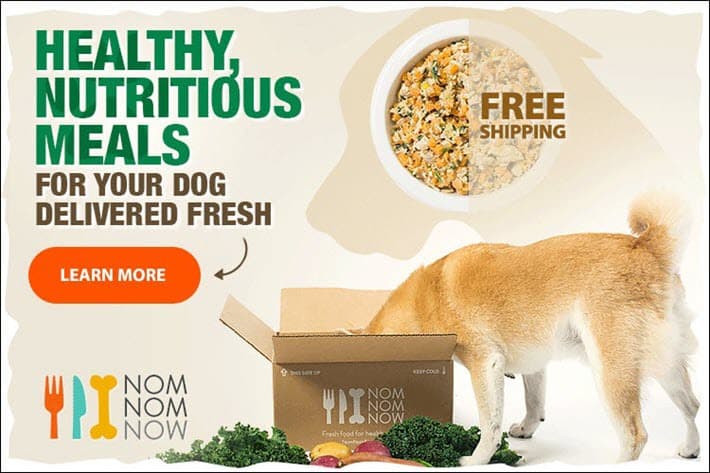 When you’re transitioning to a new dog food, you should always start by mixing it with his old dog food. You can usually get by with just a 50/50 mix of the old and new before going straight new food, but if your pup is a bit harder to please, you may need a few more days to make the transition. Start with a few days of a 75% old food, 25% new and then work to 50/50 and then 25% old and 75% new before straight new food. You’ll always want to do this so your dog’s digestive system doesn’t react but when you’re transitioning away from his yummy “junk food” to a healthier one, you may find him particularly resistant to the switch.

If you don’t know how much your dog should eat, you can always ask your vet, but a good rule to stick by is that for every pound he weights, he should consume about 30 calories daily. Dog foods do vary by brand and type, but generally, you’ll want to stick close to this measurement chart, from Pet MD.

You’ll want to divide the number of calories (or cups) he’s supposed to be eating among his daily meals. Most dogs will eat twice a day, but if you have a puppy, you may still be feeding him three times. (For ease of his new diet, though, transition away from that, if you can.) Pro tip: if he needs 3 cups daily, leave a 1/2 c measuring cup in his food so you’ll have the tools ready to measure out 1 and 1/2 cups each meal.

Just like with humans, if you’re drinking your prescribed amount of water, you’ll find you aren’t eating as much. And also just like humans, some dogs will eat when they’re actually just thirsty. If you make sure he has access to clean and cool water at all times, you’ll likely find it’s a huge help in keeping his hunger whines at bay.

If you’re struggling to make sure he’s drinking as much as he should be, try enticing him with ice. You can just play catch with the ice cubes, but if you dump some into his water, you may find he actually drinks a bit of water while fishing out each cube.

We know it’s hard, but don’t give him treats just because he’s cute, or even because your pup asks for them. Make sure you’re giving treats for training scenarios and situations where he has legitimately earned them. One exception, though, is if he’s begging for his meal before it’s time; you may be able to stave off his hunger with a little treat. Opt for lean treats to get him through to dinner time without disrupting his diet too much.

To go in hand with keeping him hydrated and enticing him with ice, keep in mind those little hunks of frozen water can be treats, too. In fact, you may find once you make the transition, your pup prefers ice to regular treats. After all, even though they aren’t actually human food, it seems like it to him as you toss him one from your glass.

5. Get Your Dog Moving

Playing with your dog is the best thing you can do to get him active. You can take him on runs with you, and he’ll love that, but actively playing with him will strengthen your bond and will assure him that even though you may be changing up his diet and a few other routines, you’re still head over heels for him. Tug-of-war with a bit of rope will get him excited, and a game of fetch will keep him running. You might even want to use a Chuckit! Launcher to get the ball further with less energy on your part, making fetch all the more fun for you both.

When you’re not around, you want to encourage self play with some toys that engage your dog’s senses. You can get him a good ball to chase, or choose a puzzle toy to keep him entertained for hours – and help him burn a few calories even when you’re not around. Or you can even get your dog a treadmill.

You may be concerned about your relationship with your dog now that you have to steer clear of spoiling him with treats and food on demand, but if you’re careful to shower him with affection and follow the above listed steps, you may find his new diet is actually an opportunity to reinforce your relationship. 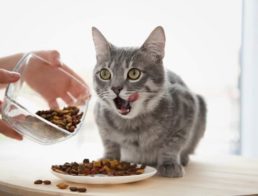 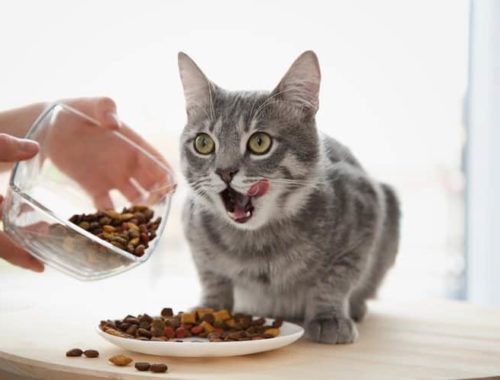 What Should I Feed My Cat?

If you ask any cat ownerRead Article 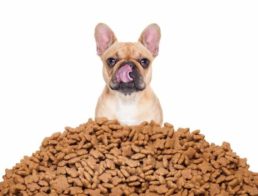 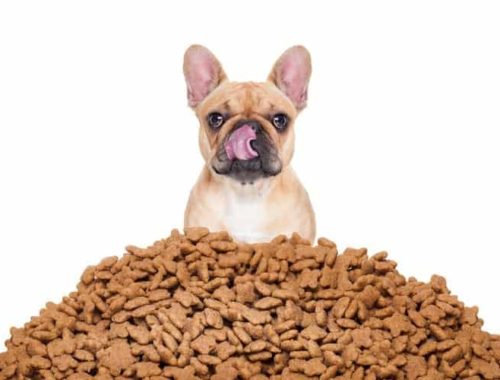 How Much Should I Feed My Dog?

Whether you have a new puppyRead Article 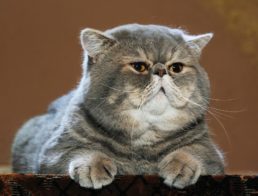 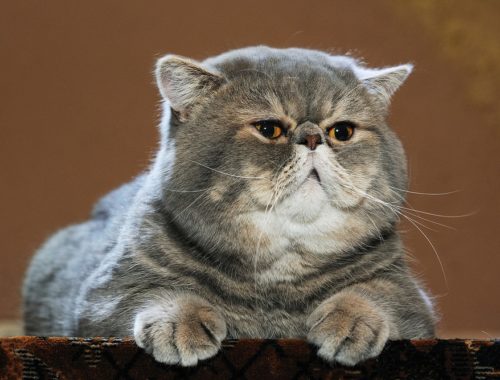 Question: What is a good foodRead Article 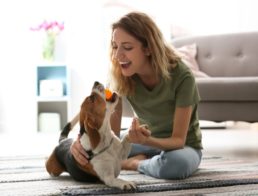 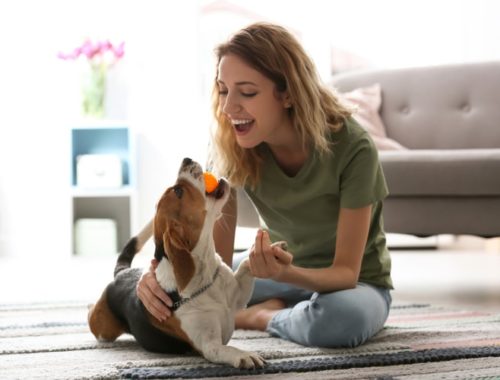 How to Exercise Your Dog Indoors 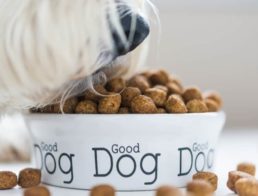 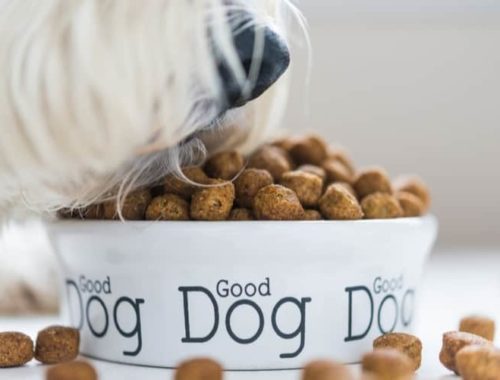 What Should I Feed My Dog?

With so many options when itRead Article 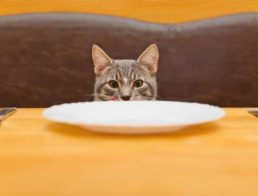 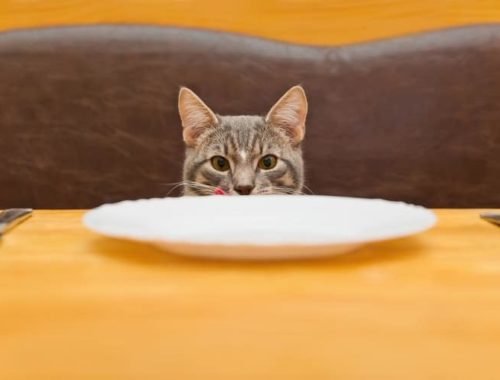 How To Put a Cat On a Diet

You may love your fluffy kitty,Read Article 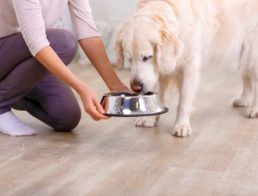 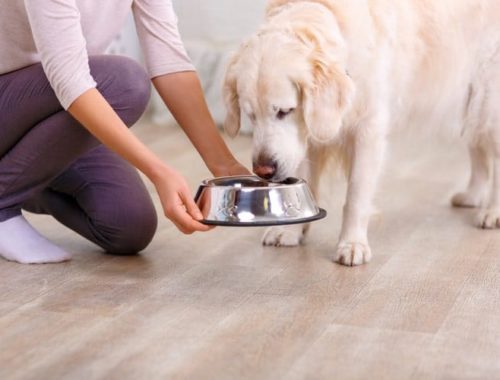 How Often Should I Feed My Dog? 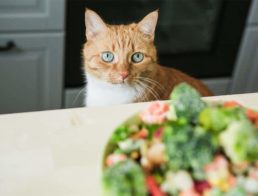 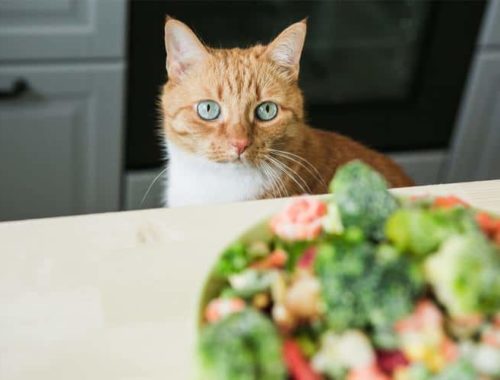 How Can I Put My Cat on a Diet? 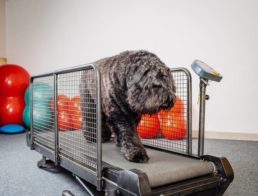 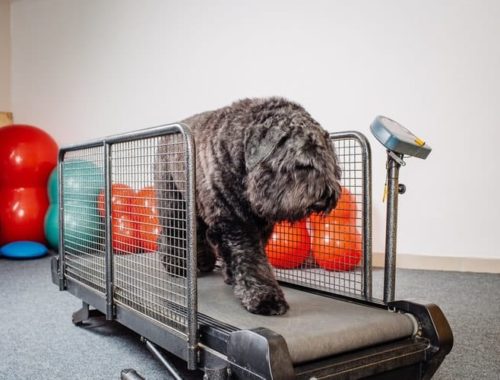 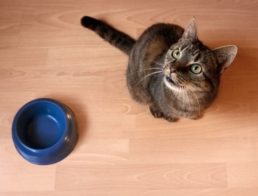 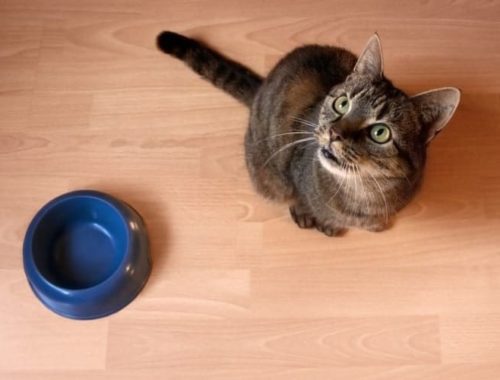 How Often Should I Feed My Cat?

There are several schools of thoughtRead Article 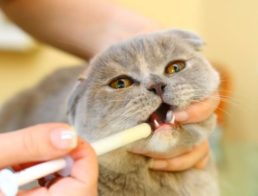 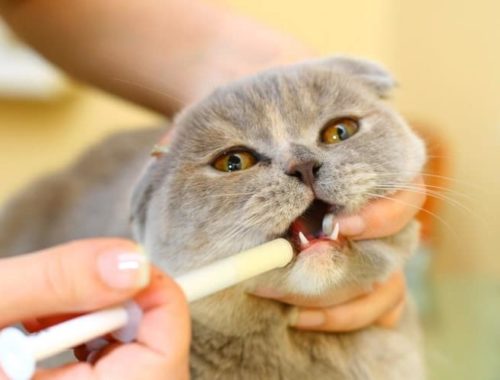 Some cats veer towards the chubbyRead Article