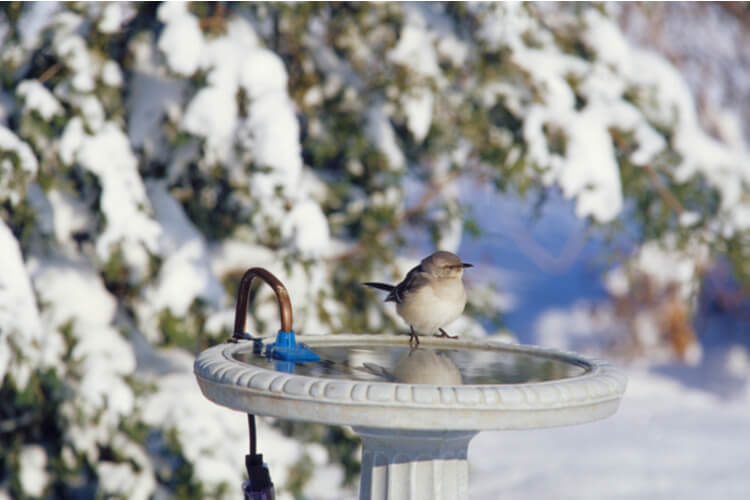 Water is essential for life, but in the winter months, birds can have a hard time finding it as their usual sources, especially small ones like birdbaths, are frozen. Fortunately, heated birdbaths are a great way to continually provide liquid water to your local birds so that they can successfully preen and hydrate themselves, even in the coldest months of the year.

We reviewed dozens of heated bird baths to identify the best of the best. We looked at each bird bath’s mounting style, appearance, temperature control, and materials, not to mention reviews from consumers like you, to identify which were good and which you should pass on. 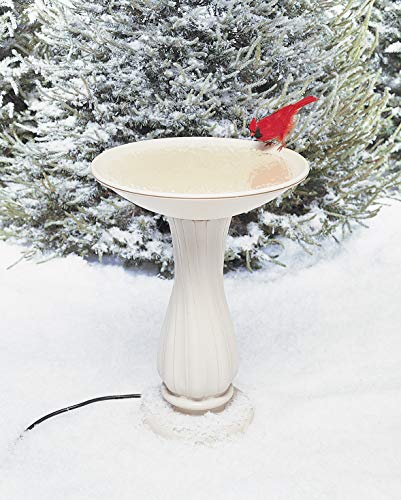 Our top pick is the Allied Precision Industries 600 Heated Bird Bath Bowl, an attractive birdbath basin that has a built-in thermostat and can be placed on a pedestal or stand, mounted with the included clamp, or placed on the ground or other flat surfaces, making it a versatile and aesthetically pleasing choice.

*Ratings are from Amazon at time of publication and can change

The Allied Precision Industries 600 Heated Bird Bath Bowl stands out from the crowd when it comes to heated birdbaths. It’s made from plastic for durability and mobility, and to make it easy to clean, but it’s attractively designed and looks like it’s constructed out of a natural material. It’s 20 inches in diameter and two inches deep, with gently sloping sides, making it ideal for birds of all different sizes. It’s textured to make it easier and more comfortable for birds to land and perch on and has a thin rim designed with birds’ feet and talons in mind to make it easy for birds to perch on.

The birdbath bowl doesn’t come with a stand or pedestal, but it comes with an adapter clamp that allows you to mount it on a variety of poles and railings or use it with virtually any birdbath stand. Alternatively, the broad width and shallow depth of the basin mean you can simply place the basin on a flat surface without worrying that it will tip when a bird lands on it.

The heater is 150 watts, so it’s plenty powerful enough for even extremely cold climates, but it’s thermostatically controlled to ensure that energy isn’t used when it’s not needed. 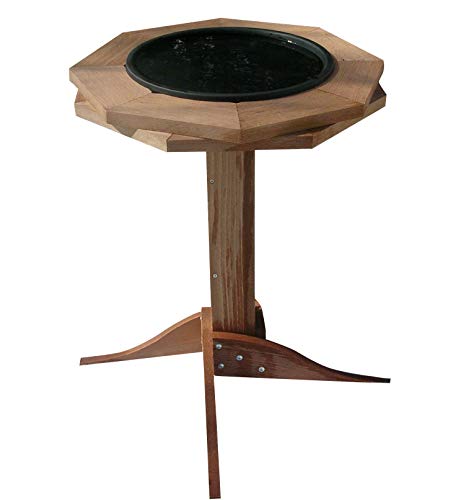 If you prefer a birdbath that comes with a stand, the Songbird Essentials Heated Birdbath is another great option. It’s smaller than our top pick, with a diameter of 14.25 inches and a depth of 1.375 inches, but that can be an advantage if you primarily have smaller birds.

It sits upon a beautiful wooden pedestal, made from durable, resilient cedar, with a broad rim, great for perching. The birdbath itself is forest green for an elegant color combination that suits most outdoor spaces. The birdbath and stand are lightweight, making them easily mobile, but it comes with anchors for the legs to ensure that it stays upright in heavy winter winds. The basin is removable for easy cleaning. 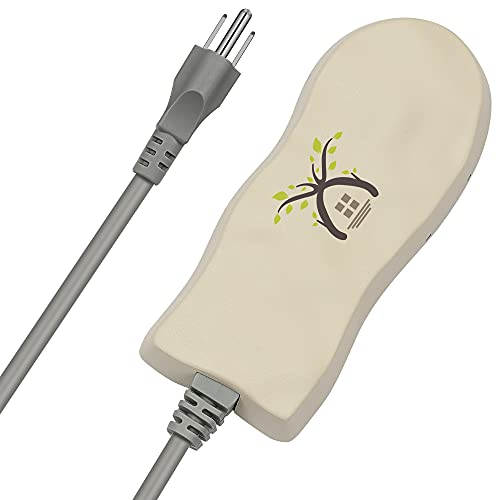 For a low-budget solution to a freezing birdbath, simply add the Gesail Birdbath De-icer Heater to the birdbath you already own. This birdbath heater and de-icer is 50-watts to balance safety and energy efficiency with effectiveness and is powerful enough to heat normally sized birdbaths in most materials. However, it should not be used with stone or concrete birdbaths because they may crack. For further energy efficiency, it’s thermostatically controlled. It automatically turns on if the water temperature in the birdbath drops below 77° F and shuts off if the water temperature exceeds 109° F.

It’s made from cast aluminum for safety and efficiency. The durable enamel finish is easy to clean and has an unobtrusive stone-like color. According to the manufacturer, you can also safely paint this birdbath heater to help it match your birdbath — or contrast with it, if that’s what you prefer. The shape was designed to avoid harsh edges and flat surfaces. Instead, the birdbath heater’s curved surface works with the way light penetrates water to help the birdbath heater to further blend in with your birdbath.

If you’re looking for an easy to install option, the Farm Innovators Model HBC-120 with Deck Mount clamps directly onto the railing of your deck, porch, or patio. The clamp is 5 5/8 inches wide and will fit railings smaller than that. Simply twist the four tabs to easily place, remove, or relocate the birdbath. And if you want even more mounting options, Farm Innovators also makes a matching pedestal that you can use with the birdbath.

The birdbath is made from compression-molded plastic for durability, but the scalloped shape and speckled gray color resemble a concrete birdbath. The basin itself is 18 inches in diameter. The plastic also makes the birdbath very easy to clean, though care should be taken around the electrical connection. The electrical connection for the birdbath is built-in on the bottom of the birdbath, hidden inside the base, which is hollow and large enough to hide the plug of your extension cord. The 120-watt heating element is thermostatically controlled for energy efficiency and costs only a few cents a day to power. 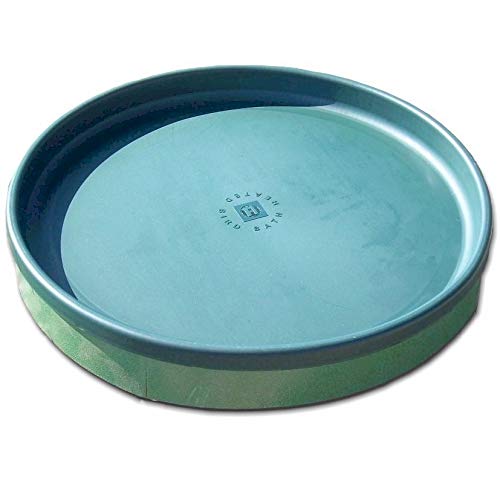 Farm Innovators Model GBD-75 3-In-1 Heated Birdbath
This is an excellent option for a ground bird bath with a little heat.
$56.97

Rounding out our top five is the Farm Innovators Model GBD-75 3-In-1 Heated Birdbath. We chose it as our top pick for heated ground birdbaths because it has legs which make it much more stable on uneven ground than other ground birdbaths which have flat bottoms. However, placing it on the ground isn’t your only option. This heated birdbath also comes with a clamp mount as well as hardware for mounting it to a post.  All three options are super easy to install.

The plastic basin is 14 inches in diameter and has a one-quart capacity. The basin lifts out of the metal frame for easy cleaning without having to remove the entire unit. The frame is powder-coated so you won’t have to worry about it rusting. The 75-watt heating element is tested to -10º F and the power cord tucks away for safe use during warm weather, so the Farm Innovators Model GBD-75 3-In-1 Heated Birdbath can be used all year long.

Farm Innovators also offers a one year limited warranty on this heated birdbath.

Who Should Buy a Heated Bird Bath

A heated birdbath is a great investment for anyone who cares about their local birds. Birdwatchers will appreciate that a heated birdbath keeps birds around throughout the year, but anyone can enjoy knowing that they’re helping ensure that their local wildlife has access to water in the winter. A heated birdbath, along with birdhouses and bird feeders filled with wild bird seed, can turn your garden into a cozy oasis for birds during the coldest part of the year when food, warm shelter, and liquid water are most important but also most difficult to find. And if you already have a non-heated birdbath that you love (like one of the best birdbaths that we recommend) and you don’t want to add another, you can still get the perks of a heated birdbath. Just get a birdbath heater to simply add to the birdbath that you already own.

In addition, parents may enjoy the educational and entertainment opportunity that heated birdbaths can provide for children as they learn to observe their local wildlife without disturbing it. Birdbaths and bird feeders are also great ways to teach children to be custodians for the wildlife that surrounds them.

Even owners of indoor cats and dogs may want to place a birdbath outside of a window to help provide stimulation for their pets. However, if you have outdoor cats you should be sure to ensure that your birdbath is set up in such a way that any birds using your birdbath are safe from roaming felines since outdoor cats are a serious threat to bird populations and have even contributed to the extinction of dozens of bird species.

What is a heated birdbath and how does it work?

A heated birdbath is a birdbath with a heating element (just like the name would suggest) to prevent the water inside the birdbath from freezing, preventing birds from taking advantage of it during the cold winter months. There are birdbaths that come heated, but there are also heating elements for birdbaths sold by themselves that allow you to turn just about any regular birdbath into a heated one. However, birdbath heaters should not be used with stone or especially concrete birdbaths as these materials tend to get very cold and can crack when they’re exposed to sudden heat. Concrete also absorbs water, presenting an additional cracking risk.

How much does it cost to run a heated birdbath?

Though the exact cost to run a heated birdbath depends on where you live, the wattage of the heater, and whether or not it has a thermostat, but typically heated birdbaths only cost a few bucks a month. A birdbath with a thermostat can help you minimize the cost as it ensures that the heater only turns on when needed. Of course, if you live in a colder area, the heater will be needed more frequently so you can expect to pay more than someone who lives in a more temperate climate would. Regardless of your climate, a higher wattage heater requires more power to run and therefore will cost more than a lower wattage heater. To cut costs even more, you can also place your birdbath heater in the sun so that the sun’s natural heat will help warm the water so your birdbath heater has less work to do.

How do you heat a birdbath in the winter?

A heated birdbath is the safest and most effective way to heat a birdbath. A heater not made for birdbaths may be dangerous when exposed to water, presenting a risk of electrocution or other dangers, or may heat the water too much, making it dangerous or uncomfortable for birds.

How do you clean a heated birdbath?

Regularly swap out the water in your heated birdbath to ensure that it stays fresh and clean. If there are any deposits in the birdbath or on the heater, you can soak it in vinegar but you’ll need to ensure that you rinse it thoroughly after. Do not add any additional substances to the water, such as salt or antifreeze, as these can be dangerous, even fatal, to birds or other wildlife that use the birdbath. Between cleanings, remove any floating debris from the birdbath as you notice it and brush any snow or frost that builds up along the edge of the birdbath to keep it clear for birds to land. 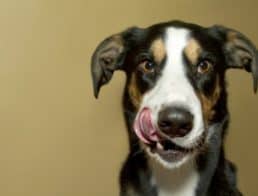 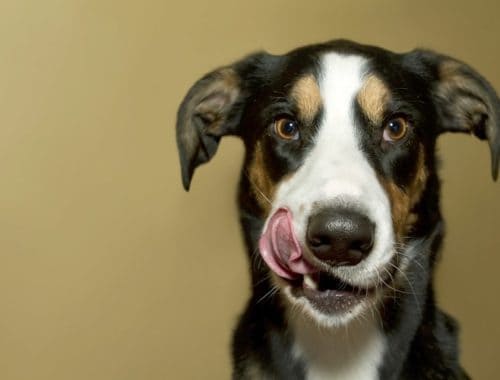 Why Is My Dog Drinking a Lot of Water and Drooling? What Should I Do?

Question: Why is my dog drinkingRead Article 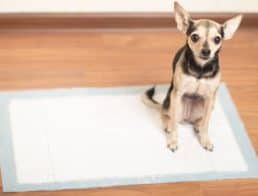 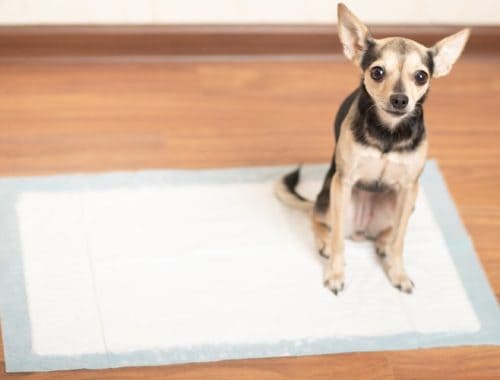 Why Is My Housebroken Dog Peeing in the House? Potty Training Questions and Solutions.

Question: Why is my housebroken dogRead Article 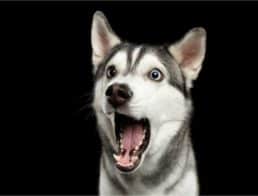 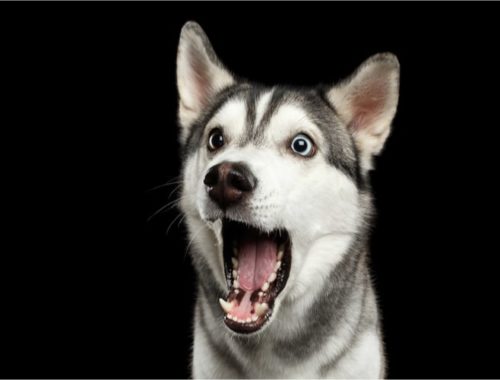 Should I Be Worried About a Black Spot On My Dog’s Gums? When Should I See a Vet?

Question: My dog has a blackRead Article 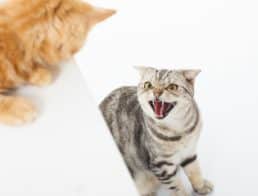 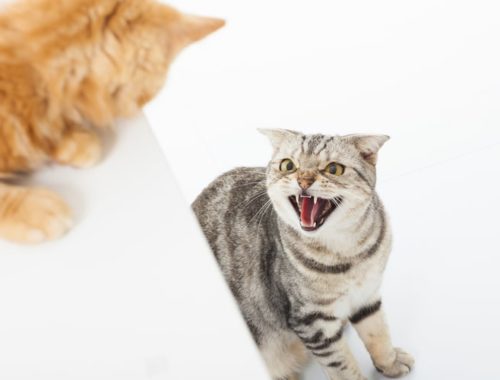 Why Are My Cats Fighting All of a Sudden? And How Do I Stop Cat Fights?